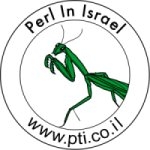 Gabor Szabo is the founder and manager of Perl Training Israel (PTI). He is an internationally known speaker and trainer of Perl who has been providing training services in Israel and abroad since 2000.
He is the leader of the Perl Mongers in Israel and the main organizer of the annual Perl conferences in Israel.
Gabor Szabo has been teaching Perl since 2000. He is an active member of the International Perl community. He has given lectures and presentations on various internationsl Perl conferences including the one held in München in 2002.
zu den Perl-Kursen

For the past 20 years Perl has grown from a simple scripting language to become a platform independent toolkit. It has been called the glue that holds together the Internet and the Swiss Army knife of the programmer for you can solve any problem with it.
Perl is extremely good at text processing, database access, xml processing, saving time for the system administrator, enhancing the workflow of the quality assurance department.
Perl can be of use for simple programs - dealt with in the course "Fundamentals of Perl" - but it can be also used to create large Object Oriented applications - Advanced Perl - in a very compact way. Well written Perl programs tend to be about 10 times shorter than the C or Java counterpart implementing the same functionality.