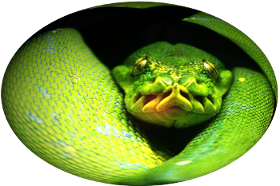 
This course enables you to kill two birds with one stone. It is a seminar which covers the basic concepts of both the popular Bash shell, also known as the Bourne Again Shell, and the programming language Python. You will learn how to write small shell scripts to master your Linux administration chores and you will acquire the necessary skills to formulate an algorithm in Python. Like most of our other courses, you can book this one for an on-site or an in-house training, e.g. in Switzerland (Zurich), Germany (Hamburg, Frankfurt, Munich, Berlin, Stuttgart, Lake Constance), Canada (Toronto), England (London), Netherlands (Amsterdam), Austria (Vienna) and France (Paris).

This course aims at beginners in Shell and Python. Participants are not expected to have programming experiences in Python or Shell programming.

An intensive five days training course in the Python language and in Bash Shell Scripting. This seminar provides introduction with lots of exercises and real live examples.

The topics of the Python section:


The fees for this Python course per day: