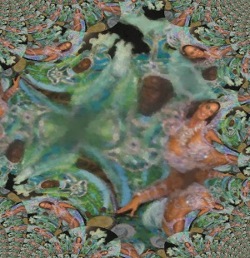 
This training course covers the installation and management of a Samba 4 Active Directory Infrastructure. During the course the participants will install Samba 4 as an ADDC and as an Active Directory Member Server.

Target Group:
If you plan to install a new Samba 4 Active Directory infrastructure, or if you intend to migrate either from Windows AD or Samba 3 then this is the right course for you.
The participants of this training course should have a basic understanding of the Linux operating system.


Our other Server Training-Courses:
Content:
Samba is the standard Windows interoperability suite of programs for Linux and Unix. It is a free software licensed under the GNU General Public License. Samba is a re-implementation of the SMB/CIFS networking protocol. Samba provides secure, stable and fast print and file services for clients using the SMB/CIFS protocol, e.g. all versions of DOS and Windows, OS/2, Linux and many others.
Samba is an important component to seamlessly integrate Linux/Unix Servers and Desktops into Active Directory environments. It can function both as a domain controller or as a regular domain member.
Samba runs on most Unixoid systems, such as UNIX, Linux, Solaris, AIX and the BSD variants.

This seminar covers the following topics:

Lecturer: This seminar will be conducted by Stefan Kania, author of the German book "Samba 4, Das Praxisbuch für Administratoren".

The fees for this Server Training course per day:

Attention:
The price of this course includes participation in the seminar and board and lodging in a 4-star hotel located at Lake Constance.
The price comprises:
Kursunterlagen