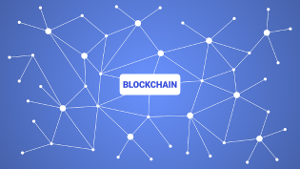 
Blockchain technology is considered one of the great technological advances of our time, carrying profound implications for the business world and society of tomorrow. In this course, you learn the key components of Blockchain such as cryptography; transactions and blocks; and mining mechanisms. You are taught both the underlying theory as well as Python example implementations in order for you to obtain a thorough understanding of Blockchain and enhance your Python programming skills. This seminar can be run as an in-house training course as well, e.g., in England, France, Switzerland, Austria, Italy, Netherlands, Luxembourg, Belgium, or Germany.

Target Group:
This course is intended for developers with basic Python or programming background. The participants acquire the necessary knowledge to create a custom Blockchain implementation from scratch.


Our other Python-Courses:
Content:
Although a large number of open source Blockchain implementations exist, in this course we teach the fundamentals in Python. Once you complete this course, you are able to not only create your custom Blockchain system, but also be able to quickly work with other implementations of Blockchain.


The fees for this Python course per day:

Attention:
The price of this course includes participation in the seminar and board and lodging in a 4-star hotel located at Lake Constance.