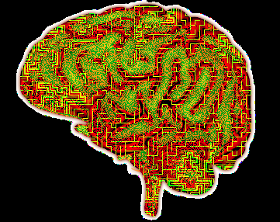 
You will learn Python in this course and you will also acquire the necessary knowlegde to analyze, visualize and present data by using Python and it modules Numpy, Matplotlib and Pandas. Another topics of this training course will be an introduction into machine learning, focusing both on the underlying theory and Python example implementations. The scikit learn toolkit will also be introduced.
This seminar can be run as an in-house training course as well, e.g. in England, France, Switzerland, Austria, Italy, Netherland, Luxembourg, Belgium, Canada or Germany.

Target Group:
This course is intended for students who have basic python or programming background. The participants will acquire the necessary knowlegde to analyze, visualize and present data by using the Python modules Numpy, Scipy, Matplotlib and Pandas.

The aim of Machine learning consists in enabling computers to learn without being explicitly programmed. Machine learning algorithms learn from example data. "Learn" means in this context the ability to automatically determine patterns and regularities from the learn data.